To start off our trip to Europe, I came up with the bright idea of bookending our travels with Rome. I was born in Rome, Georgia (a town located within the seven hills of northwest Georgia) and grew up knowing there are many other Romes out there (including, but not limited to: Ohio, Iowa, Texas, West Virginia, Illinois, Pennsylvania, Wisconsin, Maine, Tennessee, Mississippi, Missouri, Louisiana, Indiana, Alabama, Kentucky, Kansas, South Carolina, Oregon and – the one we decided to visit – Rome, New York).

Now, you may be asking “Why did you choose Rome, NY over all the other Romes out there?” Well, I remember hearing a lot about Rome, NY in the late 90s when the Woodstock ’99 music festival took place there (which I only watched to see my favorite band – Jamiroquai – perform). Outside of that brief musical knowledge, I didn’t really know much else about Rome, NY… but that’s part of the fun!

So, on the afternoon of March 17th, we gassed up our Toyota Prius, gave my parents a long hug (this trip was the longest and farthest I had been away from them at the time) and hit Interstate 85 North. One activity that has become a travel tradition of ours whenever we drive on I-85 is for Joel to… relieve himself on the Georgia-South Carolina line. I don’t know why, but I always look forward to it!

Along the way, we also tried to stop at every state line for the obligatory tourist photo; but with some state lines being in the middle of a bridge, we had to settle for a drive-by photo at times. 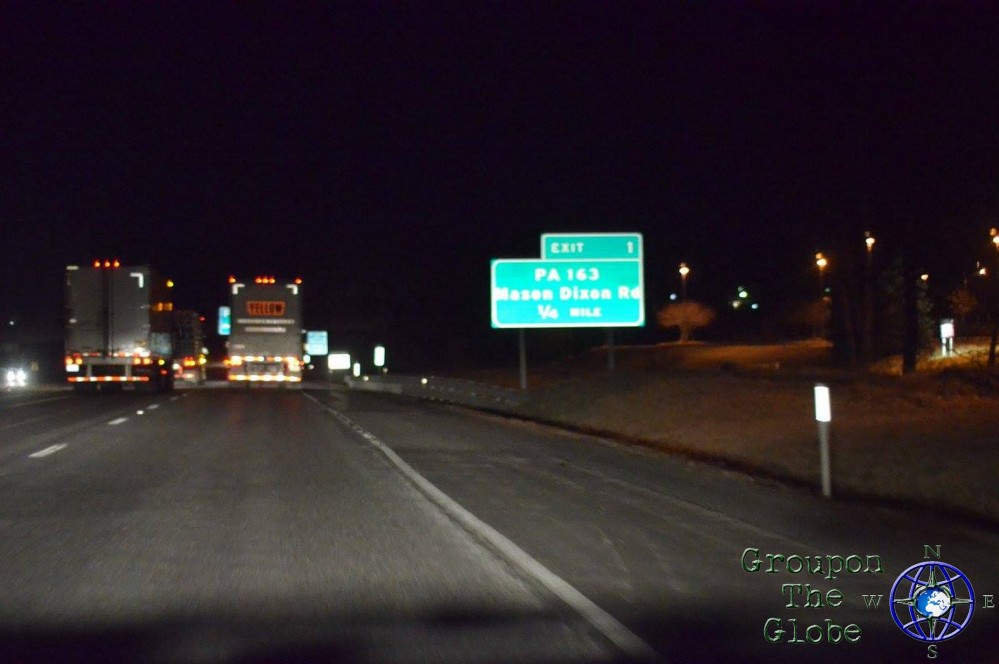 We were officially out of the south as we crossed the Mason-Dixon Line!

An unnerving moment – that has turned into a laughable memory – was when we were stopped by a state trooper at the West Virginia state line. At the time, the racial climate in the US was (and still is) very volatile and – as an interracial couple – we approach most situations with caution. When we saw those blue and red lights slowly pull up behind our car, we were praying the evening wouldn’t end in an unlawful arrest and police brutality.

As the officer sauntered toward our car while we stood on the shoulder of the road, every possible outcome rushed through our heads… well, almost every outcome. When the officer approached, he asked (in the friendliest voice) “Hey, you guys alright?” Joel then replied “Yeah, we’re just on a road trip and have been taking a photo at each state line.” The officer – whose name I failed to get – then said “Oh! Good deal! I just wanted to make sure you two weren’t having any car trouble! You guys have a safe drive! Enjoy your trip!” And – to paraphrase The Usual Suspects – ‘like that, he was gone’. I was honestly speechless! People often say ‘Not every cop is racist’ and this state trooper proved it.

After I gathered myself and we took our state line photo, we were back on the road with Rome, NY less than a day’s drive away. However, we were in for a surprise from Mother Nature. 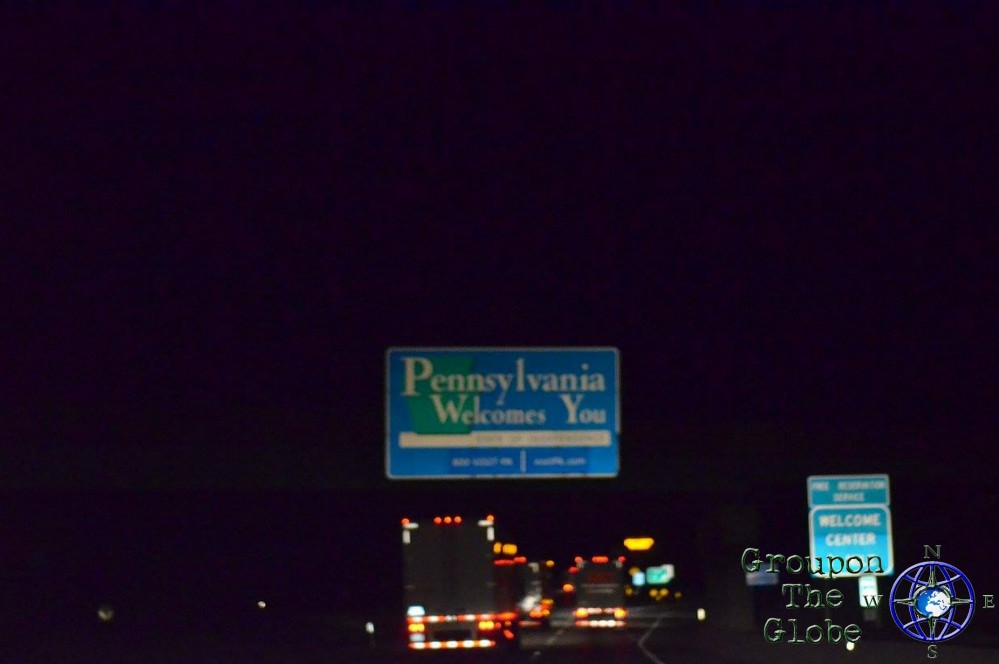 As we entered New York state, a blizzard popped up out of nowhere! Seriously, the meteorologist on the radio said “Well, it looks like we have a blizzard coming through the tri-state area! Didn’t see that coming!” Really?! He literally had one job! Although we’re both southerners, we were able to handle the hazardous driving conditions with grace and ease… unlike the FedEx driver that whizzed past our 15 MPH Prius in his tractor trailer. We later saw his truck crashed down an embankment about 5 miles up the road. As they say, slow and steady wins the race. 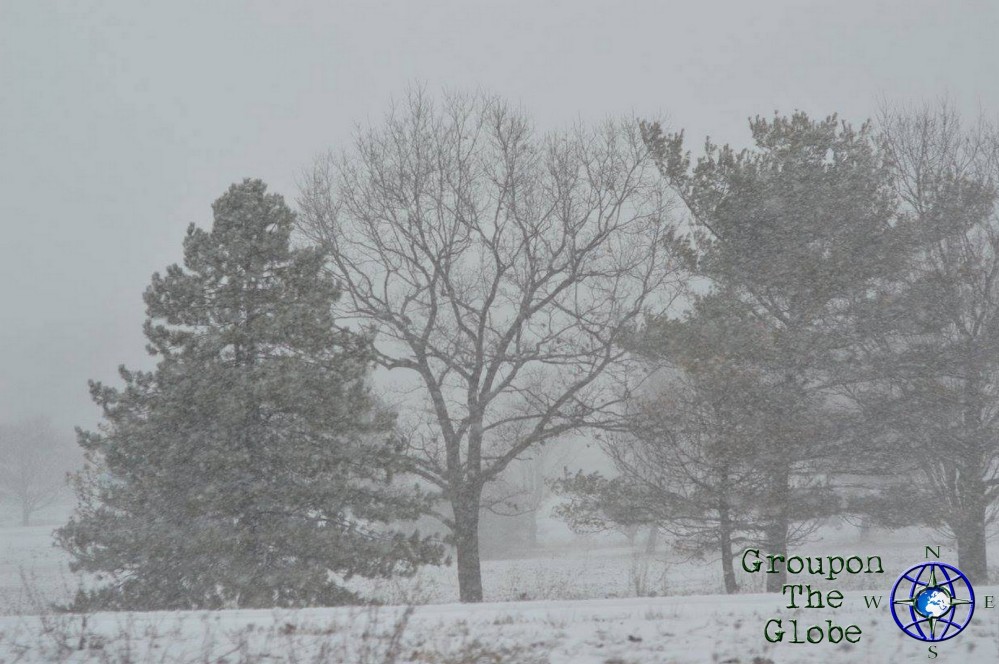 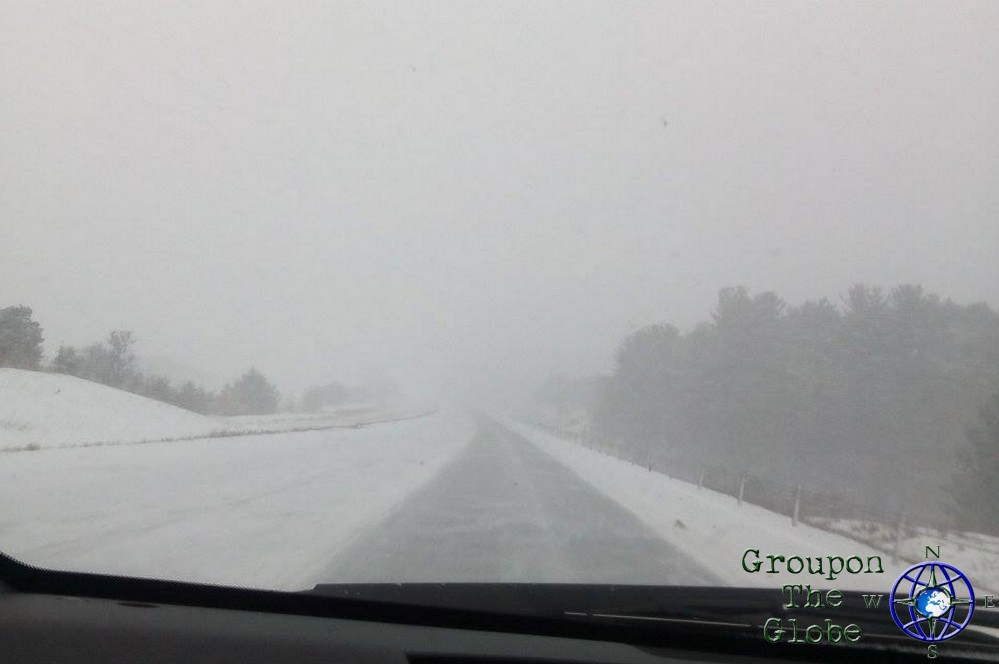 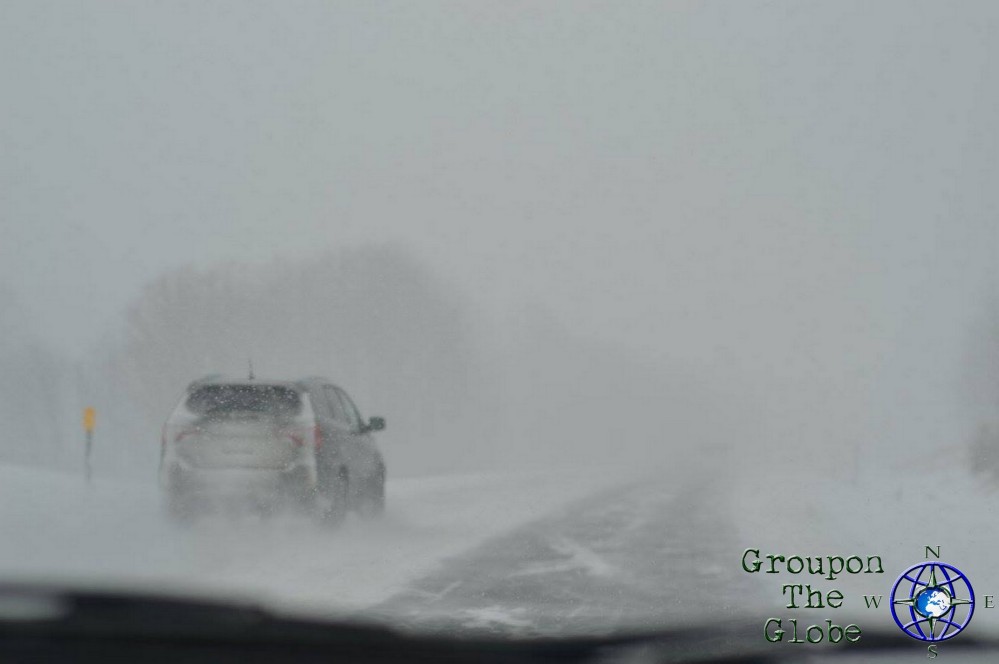 Soon after we exited the harshest portions of the blizzard, it was time to fill-up the car and ourselves. A very surprising fact we learned: all gas stations in New Jersey and Oregon offer only full service and “mini service”; attendants are required to pump gasoline because customers are barred by statutes from doing it themselves. Now you know! 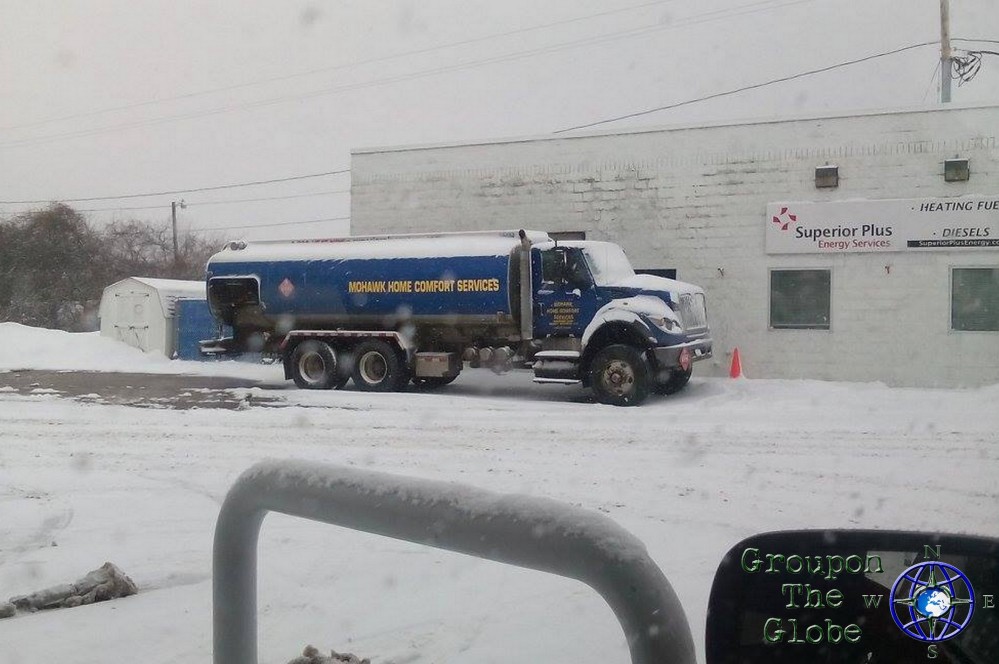 After filling the tank and grabbing a quick snack at a local truck stop, it was time to arrive at our first destination: Rome, NY!